Implementation of Enterprise Culture and Enhancement of Physical Exercise

To carry forward the enterprise culture, enrich the recreational and sports activities during spare time, strengthen physical fitness of the staff, inspire their youthful vigor  and enthusiasm for sports, as well as further develop the spirit of collaboration and aggressiveness, the Labor Union of Xiamen Node held the second badminton match for the staff on December 29th and 30th, 2015 at Banshan and Aowangcheng badminton courts.

The match received strong support from leaders of Xiamen Node and its Labor Union. Many badminton amateurs took part in the match quite actively. On the two match days, players all came to the badminton court in advance with full spirit and took pregame warm-up. 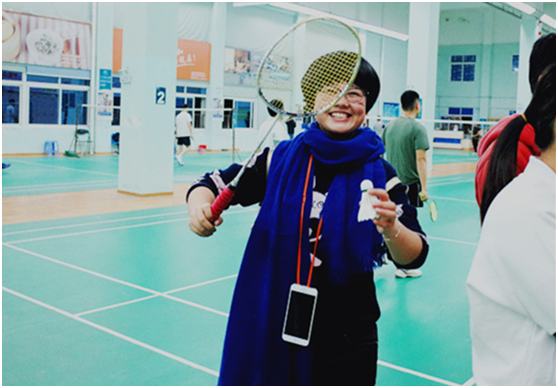 This badminton match has four forms: men's singles, women's singles, men's doubles and women's doubles. According to the rules, the match would adopt the winning system of each-serve-a-point, 15-score-point and best out of three. The competition was quite fierce from the very start of the match. All the players just carried forward the sports spirit, showing and racing out of their strong will, distinctive style and extraordinary competitiveness. The excellent performance of the players on the court also gave rise to the rousing cheer and rapturous applause of the audience. 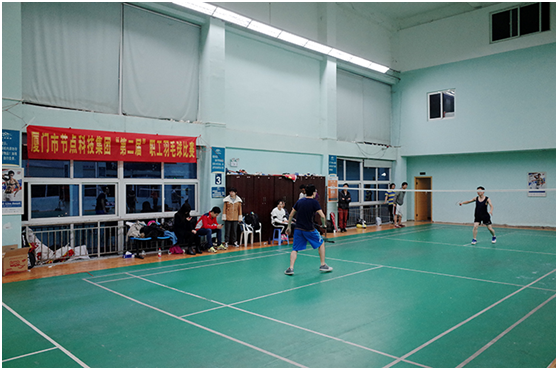 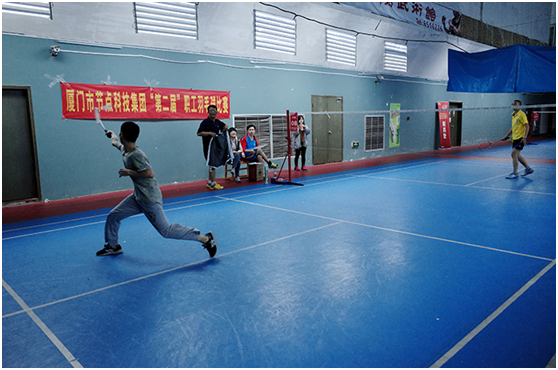 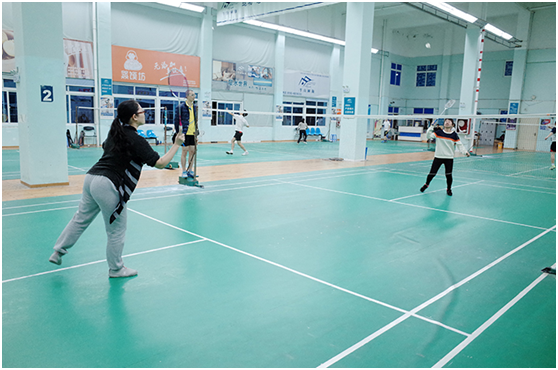 All the referees and staff were responsible, accountable, fair and objective, which guaranteed the smooth conduct of the match. Each game was just exciting and marvelous and the result were too close to call, which showed the highest level of badminton-playing in Xiamen Node. After fierce competition among the 20 players, the top three of each individual event stood out. On the evening of December 30th, the badminton match came to a successful end at Aowangcheng badminton court. The final results of the match are as follows:

The champion of men's singles went to Li Fengshun;

The champion of women's singles went to Hu Huangrong;

The second place of men's singles went to Zhang Yongxin;

The second place of women's singles went to Bai Xiaoting;

The third place of men's singles went to Zheng Shaokai;

The third place of women's singles went to Zeng Guiyun;

The third place of women's doubles went to He Liuhui & Zhao Li;

Congratulations to all of them for their laurels gained through hard efforts on this badminton match.

This badminton match has positive impact on promoting the development of culture and sports among all the staff of Xiamen Node. It's also beneficial to the fitness of the staff and shows the positive spirits of them.

Recent years, Xiamen Node has continuously strengthened its construction of enterprise culture and extensively carried out the recreational and sports activities for its staff. Xiamen Node made court reservations for its staff for certain periods of time every week at Banshan and Aowangcheng badminton courts, inspiring the staff to keep exercising. This has dramatically promoted the physical fitness, psychological diathesis and the awareness of teamwork of the staff. Thus, a great number of employees in Xiamen Node are of both a healthy body and high skill level, which lays a solid foundation of the long-term and healthy development of Xiamen Node.

The group photo of all the players

The Labor Union of Xiamen Node